According to a magazine article in 1949, a family of three ate well for $10 a week. With that budget, here are a few of the meals this family might consume:

I know what you’re thinking … in today’s prices we’re already pushing $100 but read on. You haven’t spent the whole $10 yet. Add these delicacies to the menu:

After buying ingredients for a few more side dishes, you’d have enough money left from the original $10 to buy juice and cereal for every breakfast. You’d also enjoy milk, bread, and margarine at every meal. Whether or not this list appeals to you (and who knows what prune whip is!) it’s a lot of variety for the money.

Wouldn’t you love to visit those old corner stores and fruit and vegetable markets with a $10 bill in your purse? Just for one week to go back to a time when everyone in the community knew each other’s name and the store’s competition was another business of the same size two blocks away.

This romance was a lot of fun to read!

Unexpected twists and turns kept me turning pages long past my bedtime. Summers created believable characters that had me rooting for them. A romantic sailboat journey will transport readers to warm climates with balmy breezes.

Recommend this book and this author. An enjoyable read!

My mom had a cast iron skillet that I loved. It cooked evenly. Pancakes, bacon, and burgers turned out great. I purchased two skillets in the past few years, but neither came close to the quality of my mom’s. One rusted quickly.

My sister told me that I had to “season” the skillet. I found a product to spray oil over cast iron to season it, but somehow didn’t think that was the way my mother and grandmother accomplished the task.

Since I also wanted to purchase a Dutch oven for cooking over an open fire, I searched for a method for curing cast iron.

Heat your regular oven to 200 degrees with the cast iron pot inside. Keep the lid on your Dutch oven.

Once heated to 200 degrees, pour small amount of oil inside the pan. (Shortening or lard work well, too.) Wearing oven mitts, wipe the whole surface of the Dutch oven or skillet with a clean cotton cloth. Make certain to rub oil into the outside.

Turn up your regular oven to 350 degrees and heat the skillet for an hour. Expect to see smoke. When the hour is up, allow the skillet to cool slowly to avoid cracking or warping.

The Dutch oven or skillet is ready for use.

To clean the skillet, wipe away food with a paper towel before washing it in hot soapy water. Dry it completely. Then apply a light coating of oil inside and outside.

I am honored to have a guest post on the Heroes, Heroines, and History Blog today. Please stop over and read my article,  The War of 1812: When the British Burned Washington. Feel free to leave a comment! 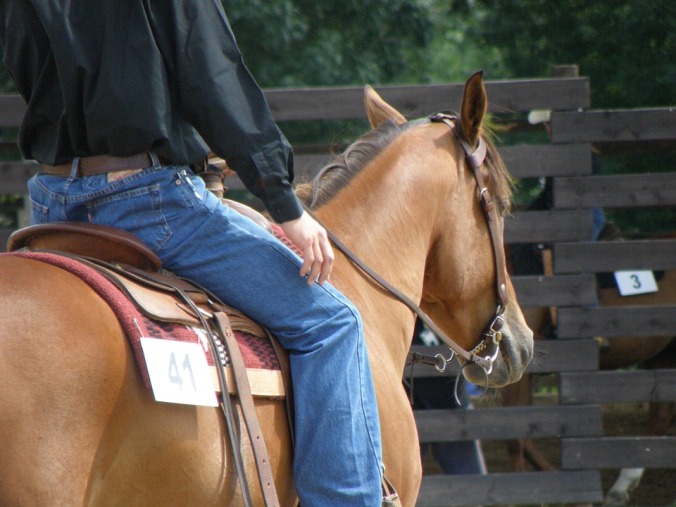 It wasn’t all hard work for the early pioneers. Those living in the country enjoyed sporting activities just as we do today.

Shooting Matches were great fun for early settlers. Participants aimed their rifles at targets hoping to be the most accurate. These matches normally occurred around Christmas and New Year’s Day.

Horse races were always popular events. The races varied in length from a quarter mile or half mile on a straight path.

One, two, and three mile races, called Fairs, happened on circular tracks. The races took place at harvest time. Large crowds attended to watch the best horses in the area compete during the event that lasted three to four days.

Pioneers also loved fishing. Passing a few hours on the riverbank also provided tasty suppers – as long as the fish took the bait! 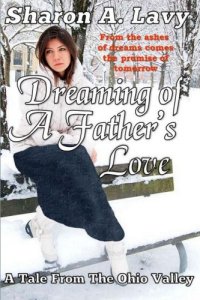 When Birdie graduates from high school, she wants nothing more than to work in the family business, pursuing her love of horticulture. Although Birdie has never been able to please her father, she desperately craves his praise. However, he has plans to send her to college, downplaying her contribution to his business.

Sara works for Birdie’s father. Raised by German Baptist parents, she loves her family, but wonders about her birth parents. Her mother refuses to discuss the details of her adoption. Could her birth mother be alive? Sara longs for a brother or sister.

Dax has built a successful business in real estate. He and his younger sister, Daisy, had been orphaned at a young age. When his two-year-old sister was adopted without him, he vowed to find her one day. Twenty-two years later, he is still searching.

Surprises and tragic events happen when Birdie agrees to help landscape Dax’s new property in this inspiring novel by Sharon A. Lavy. Set in the early 1970s, this book is an enjoyable read! 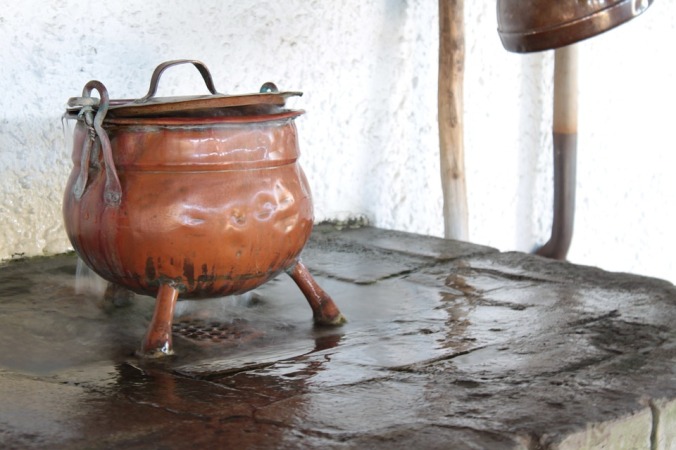 There is a secret to cooking with Dutch ovens over an open fire: properly placed coals control the interior temperature of the oven.

Begin by choosing a Dutch oven with legs for open fire cooking.

Avoid burned or raw sections or dried out foods by using charcoal briquettes or fire coals of that size. Charcoal has the advantage of even burning for longer periods.

Almost all baked goods bake successfully at 350 degrees. Coals must be carefully placed to achieve this temperature.

Consider the diameter of your Dutch oven to find the best number and allow two coals per inch for cooking. You will need the diameter plus two for the lid and two less than the diameter underneath.

The placement of the coals is vital to successful cooking. Arrange them in a circle under the oven on the outer rim. Putting them in the middle burns the meal.

It’s also important to arrange the coals evenly around the outer rim of the lid with four coals in the center. Two go on either side of the handle.

This provides and maintains 350 degrees for about two hours.

Adding one coal to the lid and underneath the oven increases the heat to 400.

The size of the oven you buy determines the kind of meal typically cooked inside it. For instance, 8” or 10” Dutch ovens are great for vegetables, desserts, and side dishes. Cook larger roasts, stews, breads, and chicken in 14” ovens.

As might be expected, pioneer wedding traditions were much simpler than today but there were few old maids and bachelors.

The bride also received her clothes. Her wedding dress was inexpensive. She wore a cap trimmed with ribbons. The groom wore his best suit. Gifts weren’t expected.

Friends and family serenaded the new couple on the wedding night with horns, cow bells, and horse fiddles. Apparently this music was as inharmonious and loud as might be imagined.

The groom invited guests to an Infair the day after the wedding. Wedding guests gathered for a big dinner.

Male guests often raced on horseback to the Infair in a custom called “running for the bottle.” Whoever arrived at the groom’s home first received a whiskey bottle with a red ribbon tied around it. He took it to the party.

If younger siblings married first, the older ones “danced in the hog trough.”

Gansky, a master storyteller, has selected sixty people who influenced the church in various ways. Beginning with Peter and ending with Billy Graham, this book is packed with inspirational stories. Gansky provides an overview of each person.

There are names I recognized but didn’t know their story. Other names were new to me. I was especially touched by the lives of John Bunyan, John Newton, and Billy Sunday. The way that Charles Wesley, T.S. Eliot, and C.S. Lewis used their writing skills inspired me. As a writer, this book sparked multiple ideas for articles. I can easily see the same happening for church leaders, educators, and ministers and highly recommend the book for them. Great read for history lovers! 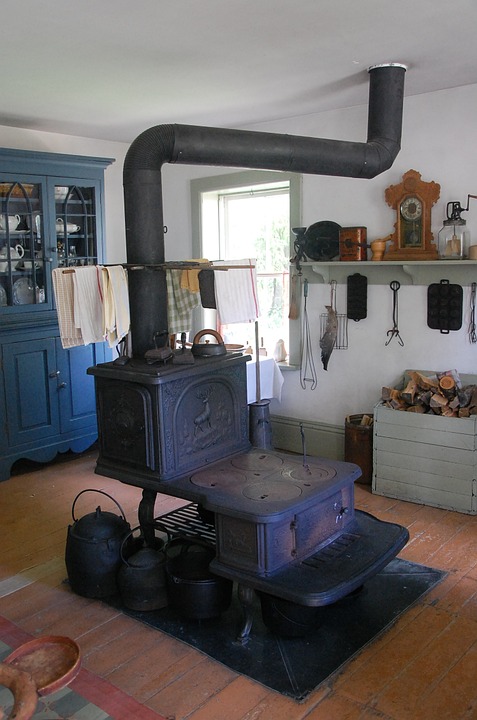 On a visit to a pioneer village, one of the cooks dressed in period costume boasted that she could cook any recipe on her wood stove except foods packaged for the microwave.

The author of Old-Fashioned Woodstove Recipes makes the same claim and lists some advantages of using this type of stove.

Cooking over wood enhances the flavor. I definitely agree with this second advantage. When my husband adds mesquite wood chips to our charcoal grill, burgers taste much more appetizing.

The aroma of food cooked on wood burning stoves also increases the anticipation of a meal.

This type of stove adds warmth to the home in cold winter months. Hang damp clothes nearby to dry them.

Heat water in the stove’s water reservoir to supply hot water. It may supply enough to turn off electric water heaters for a few hours and save money on electricity. The reservoir also adds moisture to the air, acting as a humidifier.

Enhancing the taste of meals is the biggest advantage for me. I don’t own a woodstove, but I’d love to learn to cook on one.