Did you know the oldest settlement in the United States is in Arizona? And click on the links in the article to find out fun facts about Grand Canyon National Park, Navajo National Monument, and Petrified Forest National Park.

Arizona, the Grand Canyon State, is a great state to plan a vacation!

Union soldiers attacked unsuccessfully on October 1st. They failed to reach the Southside Railroad, which remained under Confederate control.

Eliza, a widow, struggles to feed her three children and run the family orchard. It’s 1931 and the bank threatens to foreclose on her mortgage.

Then a stranger, Gabe, knocks on her door. He seems to know how to do everything required and will work for food and shelter. Her children love him and so does Eliza.

But there’s something about Gabe. Is he really who he proclaims to be?

This touching story set during the Great Depression gripped me with its mystery and romance. 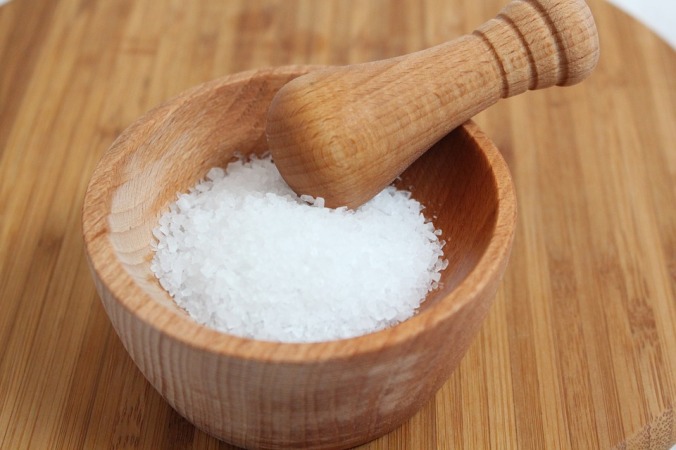 Our ancestors met the challenge of preserving meat without modern refrigeration by curing, drying, pickling, salting, or packing in snow.

Fresh beef had to be consumed in two days during summer to prevent spoilage. Sprinkling the meat all over with pepper kept the flies away.

Tainted meat could be saved. After rinsing with cold water, use strong chamomile tea to wash it. Sprinkle with salt if the meat will be eaten the next day. Rubbing roughly-pounded charcoal over the meat removes the taint.

Meat lasted for weeks during the winter when packed in snow.

Curing ham was a long process. Rub a mixture of salt, brown sugar, saltpeter, cayenne pepper, and allspice all over the ham and place in a barrel. After a week, cover meat with a brine of water, salt, and sugar. Wait four weeks then remove the ham from the brine and hang to dry another week. Then smoke the meat using hickory chips or corn cobs.

Salting was another way to preserve pork. A layer of salt covered the bottom of a barrel. The meat was sliced into strips then placed over the salt. Another layer of salt was added, then meat until all the pork was packed inside. A boiling hot brine then covered the pork. A weighted lid went on top.

Beef tongues marinated in a pickling brine for two weeks. Cooks then dried or smoked them.

What’s the story behind the first Iditarod Trail Sled Dog Race? How many days of darkness does the city of Barrow experience in the winter? Find out at Alaska, the Last Frontier.

At the Chickamauga Battlefield Visitor Center

In the second week of September, 1863, the Ninety-ninth Ohio regiment marched with the Twenty-first Army Corps under the leadership of Major General Thomas L. Crittenden into Chattanooga after the Confederate Army, under General Braxton Bragg, evacuated without firing a shot.

Crittenden secured the town with troops before heading south to Georgia.

By Sunday, September 13th, the corps reached the area of Lee & Gordon’s Mills, a two-story white building on the Chickamauga Creek.

When fighting started on Saturday, September 19, Major General George H. Thomas’ Fourteenth Corps and Major General Alexander McCook’s Twentieth Corps were also in the Union’s line of defense. A Reserve Corps under Major General Gordon Granger waited to be called if needed. All these army corps made up the Army of the Cumberland with Major General William S. Rosecrans in charge.

The Ninety-ninth Ohio infantry was part of Brigadier General Van Cleve’s division. Divisions were divided into brigades and Colonel Sidney M. Barnes led the brigade for the Ohio regiment.

The woods where the Battle of Chickamauga was fought

The amount of activity on the Confederate line showed that a large force waited to meet the Union Army in the coming battle. Most realized it would be a fierce fight before the first shot fired.

Confederate soldiers attacked the Union line where the Ninety-ninth Ohio laid waiting under the command of Colonel Swaine. Though unprepared for the swiftness of the assault, their training took over. When Union troops began retreating behind his regiment, Colonel Swaine ordered his men to lie flat until the soldiers in blue passed them.

Wooded terrain around the Battle of Chickamauga

Then Swaine ordered an advance. Brave men leaped to their feet to obey the command despite the muskets aimed at them. They checked the Confederate advance as the two sides peppered one another with lead.

Fighting went against them when they were flanked on the right. Swaine ordered his men to fall back to the La Fayette Road. Bullets and cannon fire came in such rapid succession in several areas of the battlefield that it made one continuous uproar. Smoke and the smell of gunpowder surrounded them.

Darkness ended the day’s fighting though gunfire continued on the picket line from those assigned to guard the troops. 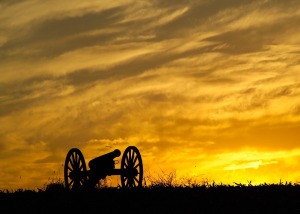 The night turned bitterly cold. Campfires to make coffee were forbidden as the light would give away their position and make them a target.

The worst part of the long, frosty night for most soldiers was listening to the cries of the wounded that lay between the opposing lines.

Ambulance wheels ambled near to pick up wounded. Artillery creaked to new locations. Troops repositioned. No one slept much.

The next day’s fighting intensified. When the Southerners broke through a gap in the Union line, panic sent the northern army retreating in mass confusion. The withdrawal eventually led to Chattanooga.

The last of the Union soldiers finally reached Chattanooga on September twenty-second. There had been so much confusion during the retreat that many soldiers didn’t find their regiments until reaching town.

The huge battle fought near the Chickamauga Creek in Georgia was a decisive win for the Confederates.

Swanson, Mark. Atlas of the Civil War Month by Month: Major Battles and Troop Movements, The University of Georgia Press, 2004.

Car troubles land Denton and Alex in an unfriendly town where everyone has secrets, but Monster Bats?

Despite efforts to scare them away, the couple stays. 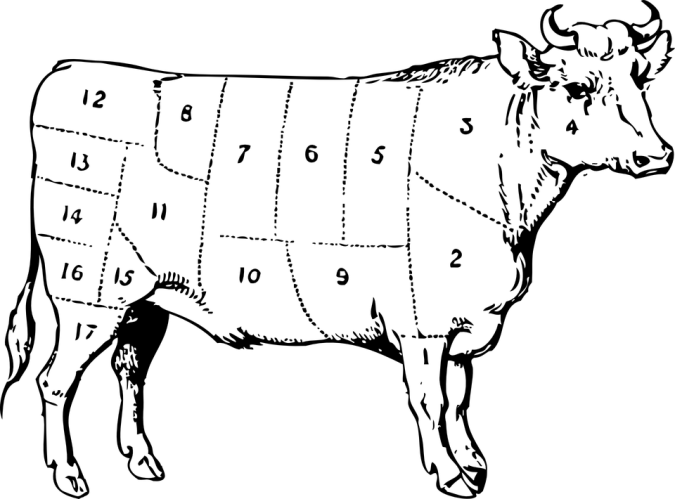 An 1840s cookbook author offered advice on the best way to prepare certain sections of beef. Following her terminology for the above graphic, here is the breakdown of the sections:

The modern sketch doesn’t totally match the 1841 drawing though it was pretty close.

Select fine, smooth grain on beef where lean areas are bright red. Fat should be white or almost white.

The round makes the best Beef Alamode. 1840s cooks deboned the beef, beat it, and the stewed it slowly in water with vegetables, bacon, and herbs. This meat may also be dried.

Chuck roasts or steaks, cut between the shoulder and neck, may be baked or stewed. Chuck ribs are often eaten as pot roasts.

Dry or corn the veiny piece.

Make soups from the shin and leg.

Pickle and smoke the tongue.

The leg, neck piece, and tongue may be used in mince pies. The neck is also good for corning.

Where can you go to watch wild horses roam freely? Click on the link to read about one of our National Parks, Theodore Roosevelt National Park. 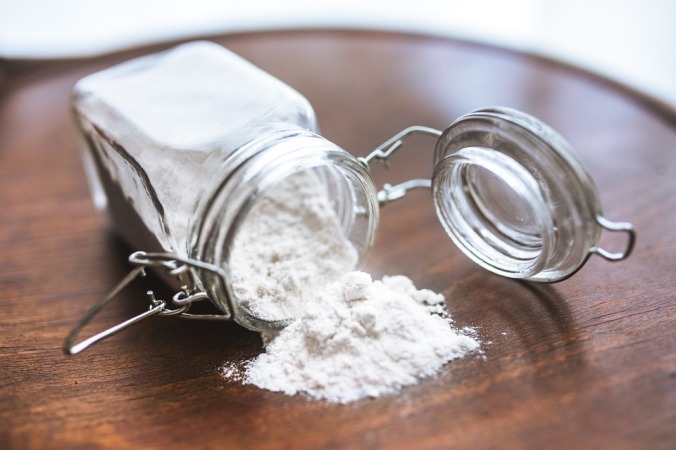 An 1877 cookbook advised bread makers never to buy flour tinged with blue. Poor flour may have a dingy look as if it had been mixed with ashes.

The author suggested one way to test flour quality: when pressing your hand against it, good flour will show the skin imprint lines. It will be a creamy white color.

High-quality yeast and flour make the best bread. That was true both then and now.

It isn’t clear what gave the bluish color to the flour in those early days. It may have been the same thing that causes green flour today.

Today, freshly milled flour that is not given time to age and oxidize in storage is called green flour. It’s used within two days. Bakeries using this type of flour add ingredients to give the oxidation needed.

People in the 1800s didn’t count carbs. They ate rolls at breakfast, sweet breads at lunch, and biscuits at supper.

And if they followed the advice of cookbook writers, they stayed away from blue flour.