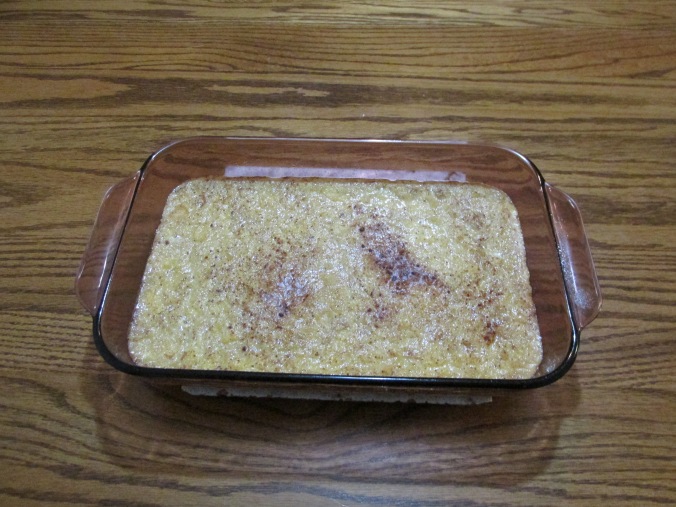 A recipe in an 1877 cookbook for Apple Custard looked delicious. Since I had never made this type of custard, I decided to try it. 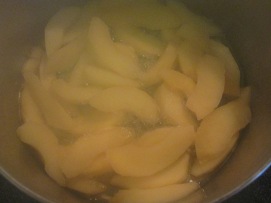 Eight ounces of apple slices cooked in water over medium heat for about fifty minutes. I replaced water as needed because the apples ran dry a few times. They cooked  until soft enough to mash. I set aside the apples to cool for a few minutes after mashing them. 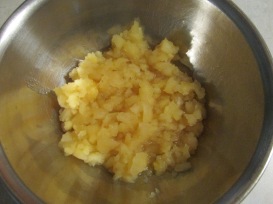 Add a half cup of sugar to the apples. Stir in one cup of milk and two beaten eggs. I interpreted a “little nutmeg” as a ½ teaspoon. Though it didn’t call for cinnamon, I added about ¼ teaspoon for a bit of added flavor. Then I sprinkled a little on the top for good measure.

Mrs. Hensel instructed cooks to bake the custard slowly. I set the oven to 300 degrees and hoped that was slow enough.

That temperature seems to work. It was very softly set after 45 minutes of baking. I left the custard in the oven for another 10 minutes when it was a bit firmer. After the custard cooled, I saw that it needed more time in the oven, maybe 30 additional minutes or more.

In addition to a longer baking time, the dessert also needed more apples. Next time I will try twice as many apples to the same ratio of other ingredients to see if the taste and texture improve. This one didn’t work for me.

Good luck! I’d love to hear if you try this recipe.

Can you name the first national river in the United States? Folks living in Arkansas may be able to answer. Find out other fun facts about the state on DevoKids! 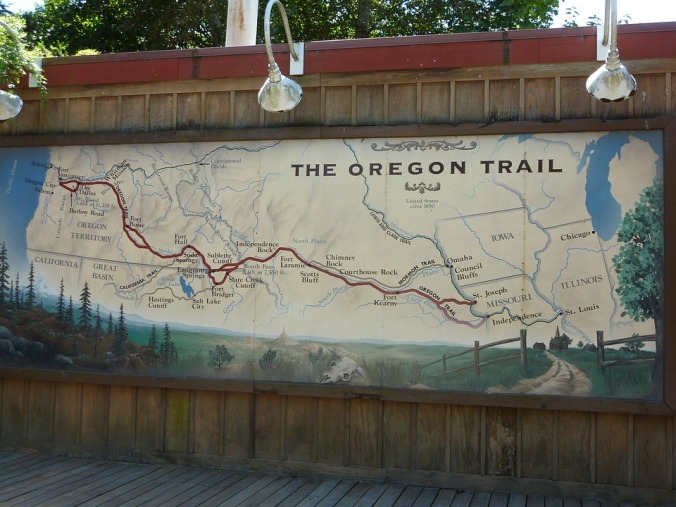 Mark Twain wrote of traveling by stagecoach on the Oregon Trail. One of the fascinating sights he talked about was a dry lake he called “Alkali” or “Soda Lake.” He saw these after passing Independence Rock, located in what is now Alcova, Wyoming. 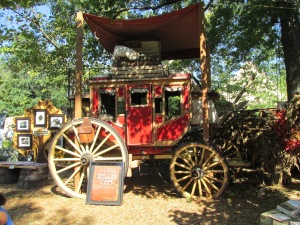 The stagecoach driver informed him that Mormons traveled from Great Salt Lake City with wagons to shovel pure saleratus from the dry lake. The driver had seen them haul away two wagon loads a few days before Twain passed by. The Mormons sold the drug for twenty-five cents a pound, a nice profit for a product that cost only their labor.

Carried by the wind, the white powder blew into the travelers’ faces, irritating their eyes. Some early pioneers described the strong odor as smelling like lime or having an “acrid caustic smell.” 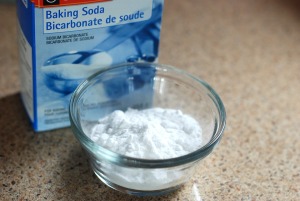 The shallow lakes were sometimes dry but might not be depending on the season. The water could be poisonous; animals that refused to stay away from it sometimes sickened and died from drinking it.

Saleratus, or bicarbonate of soda, is a white substance we know as baking soda. Bakers use it as a leavening agent for biscuits, pancakes, cakes, and cookies. 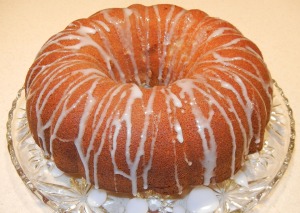 When mixed with water, sodium bicarbonate may treat heartburn and acid indigestion but this comes with a caution: don’t use on a regular basis as an excess may cause Alkalosis.

Make a paste of baking soda and water to relieve pain of burns, insect bites, and stings. This paste also treats the itch caused by allergic reactions to poison oak, poison ivy, and poison sumac—or add a cup of baking soda to bath water.

Baking soda has been used in toothpaste for years and my mother used baking soda and water to brush her teeth when growing up. 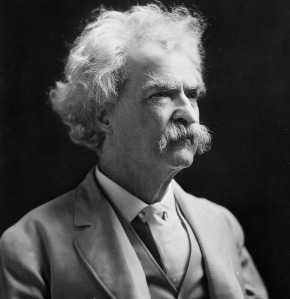 What Twain called “Soda Lake” is now known as Playa Lake or Saleratus Lake and is easily seen from Independence Rock. 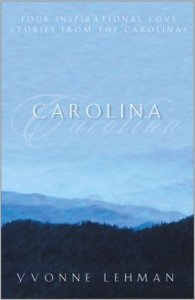 Each of these stories are set in the Blue Ridge Mountains of North Carolina. They will make the reader experience all the emotions felt by believable characters. I enjoyed every story. 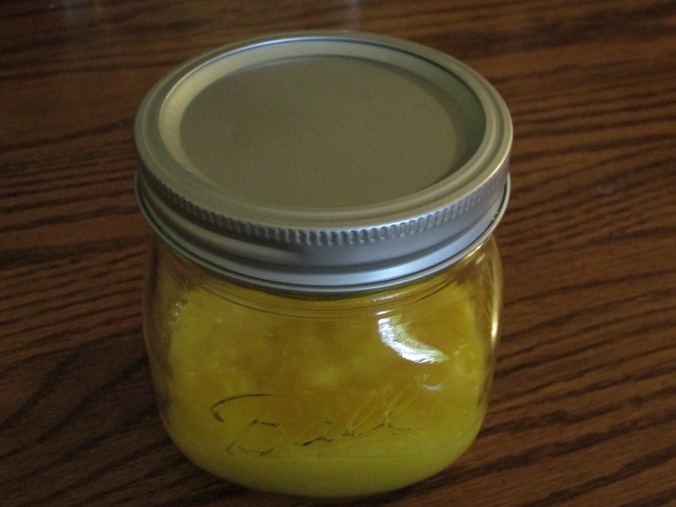 A recipe in an 1877 cookbook for Apple Butter called for a barrel of new cider and three bushels of apples. At a loss to make that a workable size for a family, I kept searching and saw a recipe for Lemon Butter.

To my knowledge, I’ve never tasted this or even seen this sold in stores.

I combined ½ cup of sugar with two egg yolks. The zest and juice of one lemon was added to this mixture and placed in a kettle.

I used 4 tablespoons of butter for an amount “the size of two eggs.” In reality, it was probably twice that amount but we modern cooks love to cut down on fat and calories. I hoped it was enough. 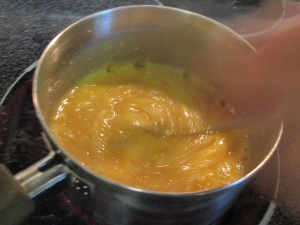 The unmelted butter was added to the kettle. The instructions were to boil the mixture ten minutes so I set the burner to a medium high heat.

Even with constant stirring, what started out as a pleasant yellow batter quickly scorched. After five minutes of boiling, the contents of the pan more resembled chocolate pudding. Needless to say, the whole mess ended up in the garbage with the pan soaking in the sink. 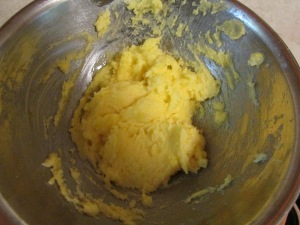 My second try saw a couple of changes. The ratio of ingredients was kept exactly the same. This time I creamed the sugar and butter together first. Beaten egg yolks were then added. After that, the zest and juice of one lemon were stirred into the mixture.

The burner started on a medium heat until the lemon butter began to bubble gently. Stirring constantly, the heat was lowered to maintain gentle simmering every time it started boiling harder. I cooked it for five minutes.

The butter didn’t scorch this time. I poured it into a pint-sized jar as it apparently keeps a long time. As you can see from the photo, it did not make a large quantity. The recipe suggested using lemon butter in tarts; this quantity would make one small tart. 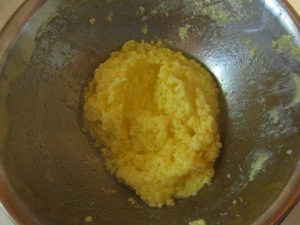 Though the thick butter tastes delicious, I will double the butter added to the recipe the next time I make it. The lemon juice enhances the flavor yet loosens the batter. The extra butter should improve the consistency.

Good luck! I’d love to hear if you try this recipe.

Don’t say “cool” in historical novels unless referring to the temperature! Click here to read my writing article on Almost an Author. I welcome your comments!

A special kind of tree thrives in Kisatchi National Forest in Louisiana. Do you know what it is? Hint: this beautiful tree has “knees!” 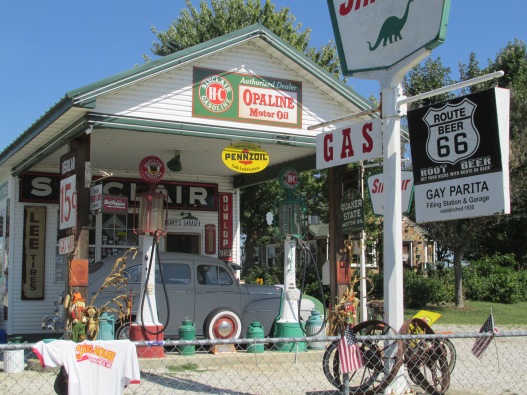 My husband and I set aside a day to explore the historic Route 66 on a recent vacation to Missouri. I hoped to find an old diner for lunch and experience a small part of what those early travelers found along the way.

The historic route began in Chicago, Illinois, and wound through eight states until it reached Los Angeles, California. Besides Illinois and California, the route went through Missouri, Kansas, Oklahoma, Texas, New Mexico, and Arizona.

The road, which opened in 1926, spans over 2,300 miles. The greatest stretch of miles is in Oklahoma with 432; with only 13 miles, Kansas has the smallest distance covered.

Missouri, where my husband and I vacationed, contained 317 miles in its heyday. We picked up the route, which follows other state routes, at Springfield and quickly discovered lots of farms, cattle ranches, and small towns. I began to think that my hopes of eating at an old diner were not to be realized. 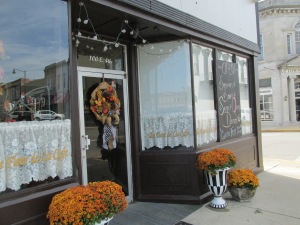 The towns on this historic section of Route 66 likely boasted of gas stations, motels, restaurants, and attractions that have long since closed. Once the interstates removed traffic from this route, the small businesses lost the majority of their customers and shut down. 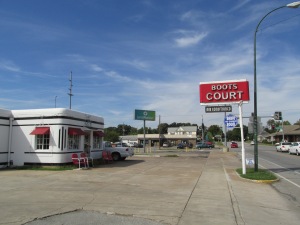 Our journey led us to the city of Carthage, Missouri. We quickly discovered that a Civil War battle that preceded the Battle of Bull Run took place in the town square. We ate at a quaint French café in the square that, though it wasn’t there at the time of the Route 66 travelers, delighted us with its friendly owners and menu. A motel, Boots Court, was a popular stopping place for weary travelers. The motel serves customers today and is being restored by current owners.

So we found unexpected treasures along the way in a few hours that convinced me there is more to be discovered.

The National Park Service has a website that lists a few of the old locations within each state along the historic route.

Though the entire route does not exist any longer, travelers can drive along the interstates to pick it up again in a few miles. It can take from two weeks to a month to drive it this way, depending on how much time is spent in different locations.

If your plans take you near the Historic Route 66, consider adding a few travel hours into the schedule and get off the highway for a little while. Check out the National Park Service’s listing for some diners or motels still in operation, and go back in time for a day. 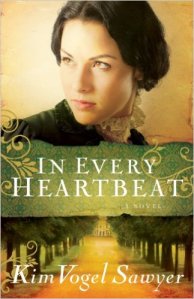 Libby leaves the orphans’ school that had been her home for college with two friends in 1914.

Not only will the three friends pursue different careers, but they also face challenges none of them anticipate.

I especially enjoyed experiencing college life in 1914 with these believable, lovable characters. 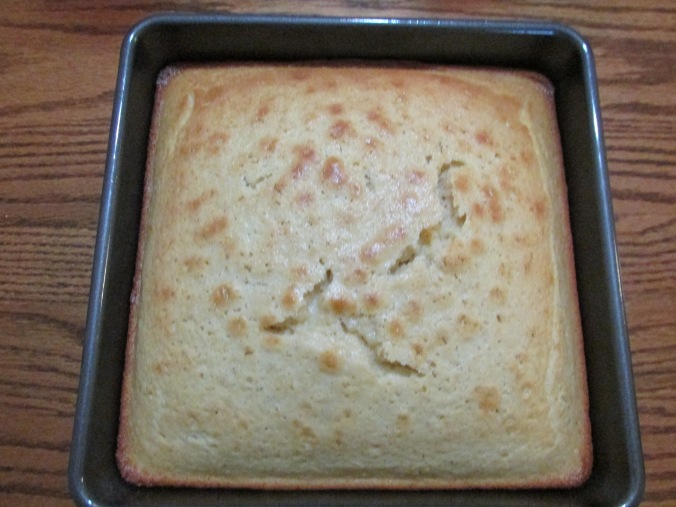 I came across a fun recipe while leafing through an 1877 cookbook for One-Two-Three-Four Pudding. The title intrigued me enough to try it. I’m glad I did. 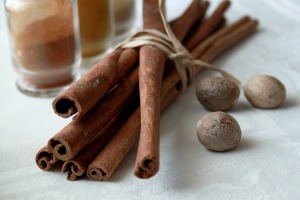 Combine flour (I used all-purpose flour) with two teaspoons of baking powder. Stir in one teaspoon of nutmeg, the stir into the wet mixture. It will be a thicker consistency than cake batter.

The recipe just said to bake the pudding in a cake or pudding mold. I baked mine in an 8×8 cake pan at 375 degrees until it was lightly browned, about thirty minutes.

Leave the baked pudding in the pan or mold until the next day. Then steam it over a kettle of boiling water for forty-five minutes. I had never done this before, but the pudding turned out very moist.

Mrs. Malin also suggest topping the pudding with hot sauce. I don’t think she meant something with jalapenos!

Another recipe had a suggestion for pudding sauce. I creamed together 4 tablespoons of butter and ½ cup of sugar. Then the baker could choose between adding nutmeg, vanilla extract, or lemon. I chose lemon. 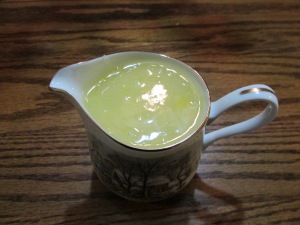 I added the zest and juice of one lemon. (Next time I will cut the juice to ½ a lemon because it was a strong lemony flavor.) I creamed all this together and heated it in a kettle, stirring constantly. The warm sauce was then poured over individual servings.

I loved it, but the lemony sauce hid the nutmeg flavor of the pudding. When I ate the pudding with no sauce, the pleasant nutmeg made this a yummy dessert for me. I didn’t add any cinnamon to the pudding and didn’t think it needed it.

I’d love to hear if you try this recipe!