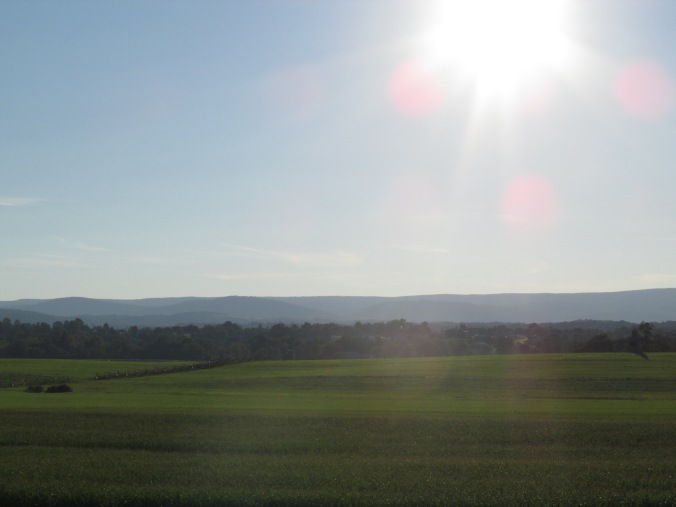 Fiske didn’t know where his army was heading when he heard the bugle call to strike tents and begin the journey. He and his comrades didn’t know how long it would take to arrive—they had to blindly trust.

Fiske tried to enjoy each hour, always ready for either a skirmish or a picnic. He never knew when he’d be called to picket, bivouac, or retreat.

Captain Fiske enjoyed Maryland’s beauty after the war-ravaged sights in Virginia. He hated to see war roll over the peaceful countryside yet felt a battle on Northern soil might end the war.

Fiske hoped that Pennsylvania citizens weren’t so afraid that it prevented them from defending their homes. A newspaper article that he read that day told of the “chief burgess” of York looking for someone to surrender to eight to ten miles outside his city. Fiske didn’t believe that leader represented his city well.

When the captain considered his army’s recent losses, he felt he was part of “the unfortunate ‘grand army’” that couldn’t reasonably make big promises. Yet since that army would once again stand in front of Confederates, they deserved their country’s respect and support.

At the time his writing, Fiske and his comrades dealt with fatigue from marching for sixteen days. Though their numbers were depleted by the expiration of service terms, these experienced veterans had become a formidable army. 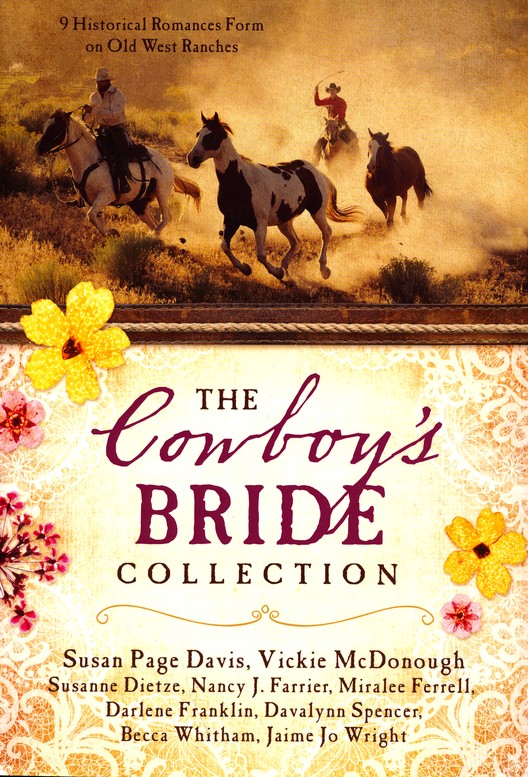 Sadie Hunter, a recent widow, and her two daughters travel to a Texas ranch with Ella Carpenter, who plans a two-month visit with her son, Trey. Sadie’s family has been living with Ella and knows that can’t continue. She must marry. Her heart longs for a love she never knew in her first marriage. Trey kindness to her family soon sparks the love she dreams of, but she fears he sees her presence at his ranch as a nuisance.

Trey doesn’t like surprises. He has detailed plans to prosper his ranch before he’ll think of marrying. Sadie sure is sweet. Pretty, too. And he loves her cooking. But he has years of work ahead before he can start a family.

Ella also a plan. Can this matchmaking mother work a miracle before another lonely rancher proposes to Sadie?

I loved learning a bit about Texas ranches in the midst of this enjoyable historical romance.

This novella is part of The Cowboy’s Bride Collection published by Barbour. 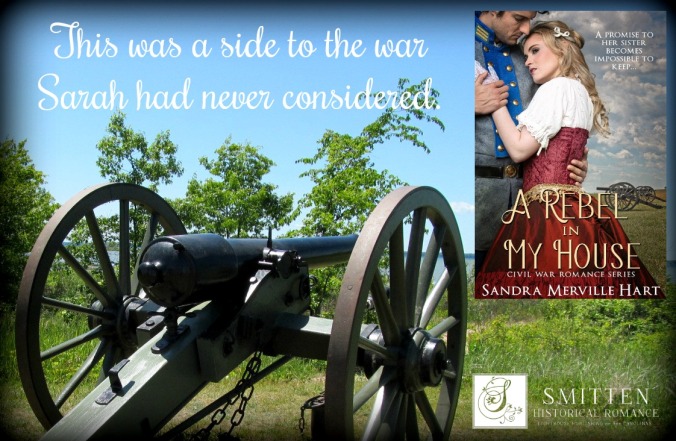 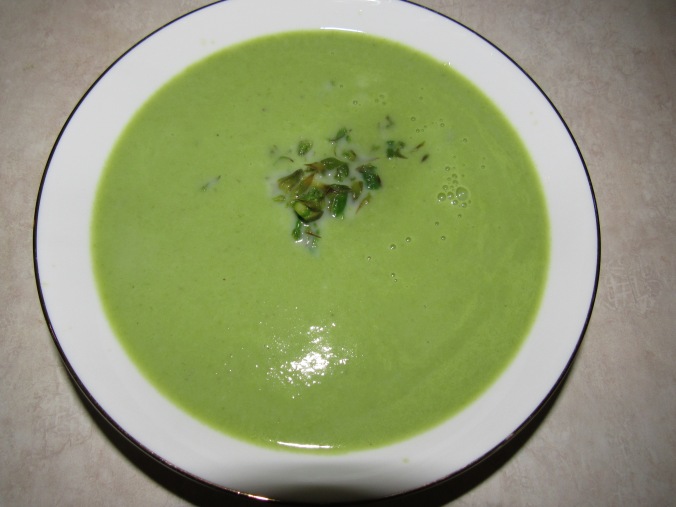 I found this recipe in The Fannie Farmer Cookbook, a book originally published in 1896. Fannie Farmer’s name is still well-known today.

Stock, water enriched by the food cooked in it, is an important ingredient in numerous soups. Homemade stock brings full-bodied flavor to recipes. The recipe for the chicken stock used in this recipe is found here.

To make this soup, finely chop enough onion to give 2 tablespoons and set aside. 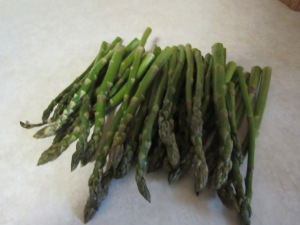 I used a pound of fresh asparagus, but frozen asparagus is also good. If using fresh, wash the vegetable and then chop off the coarse ends (about two inches from the end of the spear) and discard.

Boil 3 cups of water. Chop each asparagus spear a second time and drop the vegetables into boiling water. I cooked my asparagus for 4 minutes—about 1 minute too long as a few spears were limp. Next time I will boil them for 3 minutes.

Put a colander into a medium bowl and drain the asparagus. Reserve one cup of this water. The green liquid is filled with nutrients and flavor.

Cut off the asparagus tops. Chop them and set aside.

Pour the reserved water and 1 ½ cups of chicken stock or chicken broth into a large saucepan. (I used chicken stock.) Add 2 tablespoons of chopped onion to the liquid. Cook over a high heat until it begins to boil. Add the asparagus (without the reserved tops) and lower the heat to simmer for 5 minutes. 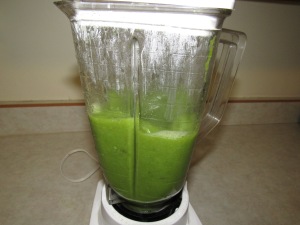 Remove from heat. Puree the asparagus with the broth in a blender or food processor. I used a blender and had to divide it into two batches to puree.

Run the pureed mixture through a colander one more time for a creamier soup. After rinsing the used saucepan, pour the soup inside. Add 1 cup of milk or heavy cream. (I used milk. Use cream if you prefer thicker soup.) 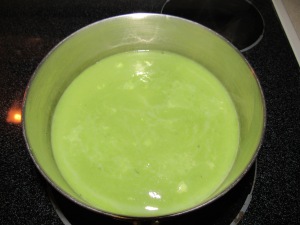 Heat the soup over a medium heat until hot.

Garnish the creamy soup with the reserved chopped asparagus tops. I thought it tasted delicious and will make it again. 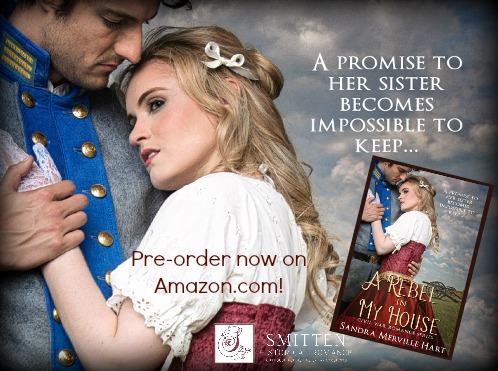 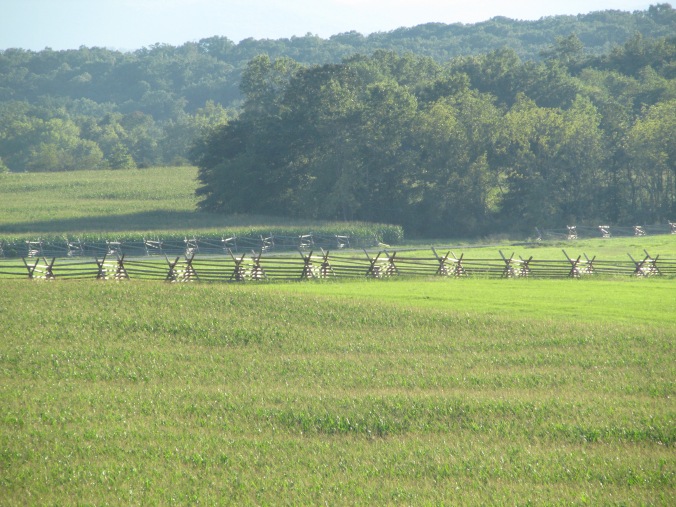 Captain John Esten Cooke, Stuart’s chief of ordnance, wrote of his experiences on the raid. Stuart shouted orders to “Ho! for the Valley!” while in the villagers’ hearing. Once out of sight, he changed course to head eastward. They bivouacked under pine trees that night. The following evening, they skirted around Union General Hooker’s rear force in Manassas.

The cavalry passed abandoned cabins and debris near Fairfax Station where they must have found supplies because Captain Cooke laughed to recall that every Southerner wore a white straw hat and snowy cotton gloves. A bale of smoking tobacco or drum of figs rested on the pommel of every soldier’s saddle. They held ginger cakes.

Each cavalry man held aloft a case, shell, or solid shot with fixed cartridge when crossing the Potomac River on June 28th at 3 a.m. to keep the ammunition dry.

As Stuart’s cavalry approached Rockville, Maryland, from the south, a Federal wagon train of nearly 200 wagons entered from the east. The new and freshly painted wagons, each drawn by six sleek mules, stretched out for miles. Stuart’s men chased the fleeing wagons and captured them within sight of Washington D.C. Cooke believed he saw the dome of the Capitol.

Stuart captured Union prisoners, set fire to some of the wagons, and seized the rest of them.

The Southerners reached Brookville that night, where beautiful girls fed them from baskets filled with cakes, meat, and bread. They offered huge pitchers of iced water. Stuart paroled hundreds of the wagon train prisoners at Brookville before riding on.

On June 29th, Stuart’s men arrived at Westminster. They clashed with Union cavalry and chased them along the Baltimore road, causing Baltimore citizens to panic.

They left Westminster and bivouacked in the rain. They reached Pennsylvania the next day.

Still traveling with a long wagon train they confiscated, Cooke writes that they “rode, rode, rode” perhaps all night because he does not mention them camping. They paroled more prisoners at Dover, which they reached around sunrise.

On the evening of July 1st, Stuart’s cavalry arrived at the Federal army post of Carlisle. A short assault ended when General Lee ordered Stuart to Gettysburg. He arrived there on the afternoon of July 2nd, the second day of the famous battle. 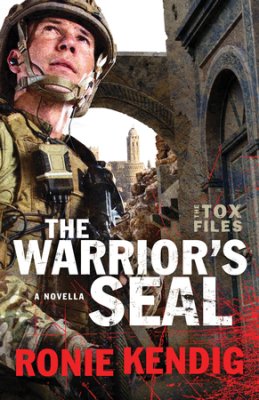 This Military thriller is packed with suspense and adventure.

The Prologue starts in the Byzantine Empire in 1230 AD. Knights search for the deadly Mace of Subjugation, a deadly toxin that spreads like a plague. Only a Warrior’s Seal can stop it.

The mace rears its ugly head again in modern times. Villagers are dying. The President of the United States and his wife have been captured. Staff Sergeant “Tox” Russell leads a special team to find them and the deadly toxin before it’s too late.

But Tox needs more information. Tzivia Khalon knows about the mace. There is danger at every turn as she travels to the Mideast to help recover the deadly substance.

This novella, part of The Tox Files Collection published by Bethany House, kept me turning pages. 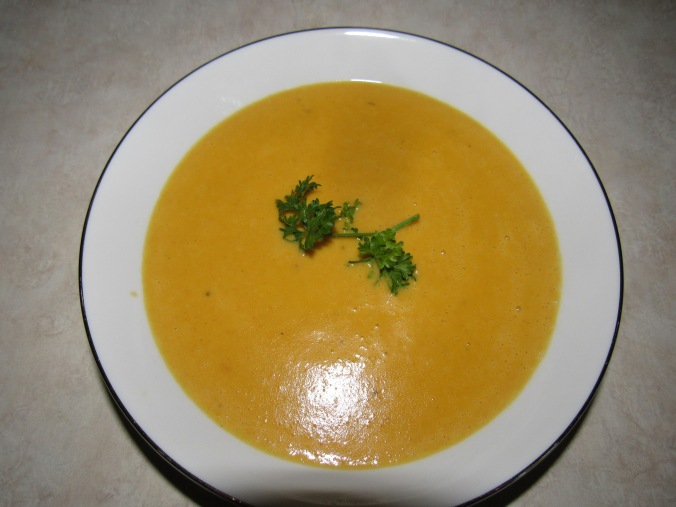 The Fannie Farmer Cookbook, originally published in 1896, has a lot of great recipes. This cream of carrot soup is surprisingly light and delicious.

Stock, water enriched by the food cooked in it, is an important ingredient in numerous soups. Homemade stock brings full-bodied flavor to recipes. The recipe for the chicken stock used in this recipe is found  here. 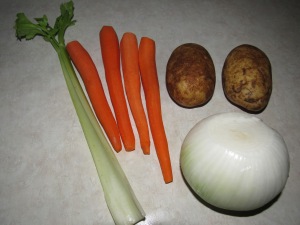 Melt 4 tablespoons of butter in a large saucepan. Stir in onion, celery, and carrots. Cook on a medium heat for 10 minutes, stirring occasionally.

While those vegetables are cooking, peel and dice 2 medium potatoes. Chop 2 sprigs of parsley.

Stir potatoes and parsley into the vegetables just until coated. Pour in 5 cups of chicken stock or chicken broth. (I didn’t have enough chicken stock so I used half of each.) Cook, partially covered, for about 20 minutes, until the potatoes are tender. 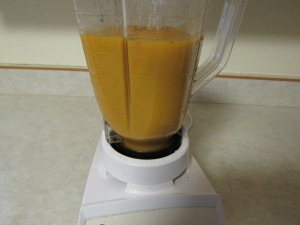 Puree the vegetables and broth in a food processor or a blender.

Pour the pureed liquid through a colander into a medium mixing bowl to catch anything the blender missed.

Rinse out the saucepan and then pour the soup back into it. Stir in 1 cup of heavy cream. Salt and pepper to taste. I used a teaspoon of salt.

Heat the soup over a medium heat until hot. Do not boil.

Garnish the creamy soup with a parsley sprig if desired. This delicious soup was worth the extra steps. I plan to make it again to serve to dinner guests.

This recipe makes 7 one-cup servings and can be served hot or cold.

New Civil War inspirational romance set during the tumultuous days of the Battle of Gettysburg. Trouble descends on more than just the battlefield . . . 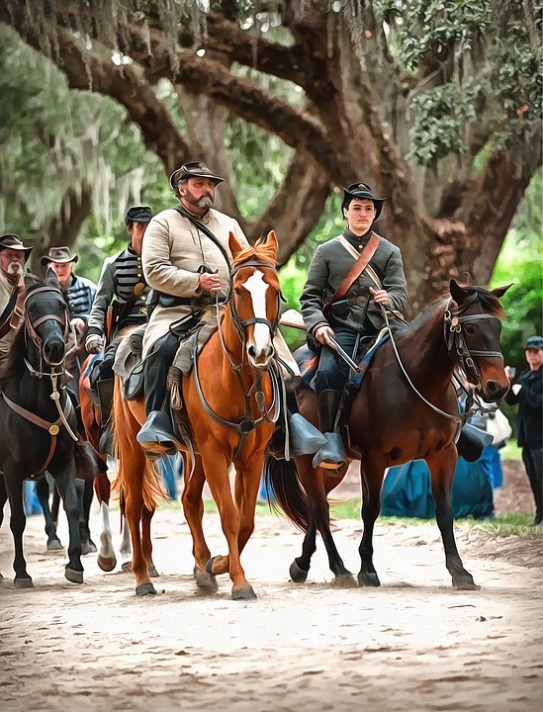 The fall of Martinsburg, Virginia, (now West Virginia) on June 14th encouraged Confederate Lieutenant Hermann Schuricht, Fourteenth Virginia Cavalry. He was happy that the glorious battle ended with the Southerners in possession of the city and several thousand bushels of grain. It was the first Battle of Martinsburg.

Buglers sounded orders to mount their horses around 2 am. By breakfast time Schuricht and his comrades were in Williamsport, Maryland, where the residents kindly set up tables in the streets stocked with meat, bread, and milk. Schuricht and other hungry troops ate quickly before remounting.

They received an enthusiastic welcome from the ladies in Hagerstown, Maryland, at noon. The women gave flowers to the soldiers. The children shouted, “Hurrah for Jeff Davis!”

They rode to Greencastle, Pennsylvania. General Albert G. Jenkins divided his brigade. Schuricht, along with others in the right wing who intimidated locals by waving muskets and pistols, rode his horse over ditches and fences to take the town. Federal cavalry there all escaped except one lieutenant.

The Confederates cut telegraph wires and destroyed the railroad depot in Greencastle.

Their day wasn’t over.

By 11 pm, an exhausted Schuricht entered Chambersburg, Pennsylvania, with his companions. They camped on the eastern outskirts of town.

Confederates occupied Greencastle from mid-June until early July. Federal cavalry led by Captain Ulric Dahlgren rode into the town square on July 2nd. The Union troops captured several Confederate cavalry troops in the square while a bigger battle took place in another part of Pennsylvania.