Troy citizens couldn’t foresee the terrible flood coming their way as they traveled to church on the stormy Easter morning of March 23, 1913.

The day before had a been an unseasonably beautiful day. The small Ohio city, set on the banks of the Great Miami River with the Miami and Erie Canal running through it, manufactured transportation equipment, food machines, and distilled beverages.

While the river rose, the canal overflowed on Sunday night. Men, carrying lanterns, walked between the two waterways to monitor water levels. 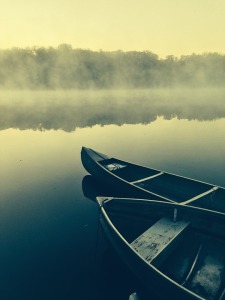 Relentless rain flooded houses, driving people from their homes. Some were trapped. Sheriff Louis Paul directed rescues made by boats. Men with boats rowed to their neighbors’ aid. Folks outside of Troy came to help.

Some men were released from prison in order to help. “Sailor Jack” and Otto “Slim” Sedan became heroes during the flood.

Houses came loose from their foundations. One man rode down the river on his roof.

Animals weren’t safe either. Three chickens perched on a chicken house as it floated down Race Street.

Temporary hospitals and public shelters were set up for those displaced by the flood.

The Flood of 1913 is Ohio’s greatest natural disaster. The worst flooding occurred along the Great Miami River. Statewide, at least 428 people lost their lives.

Troy and nearby Dayton received 9.7 inches of rain in five days.