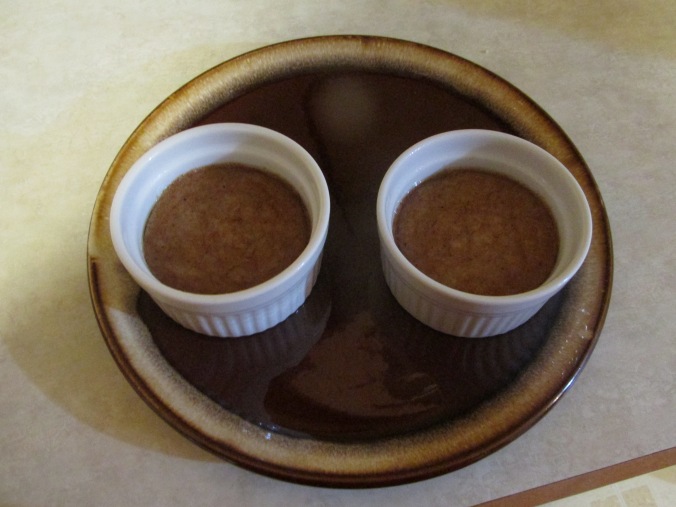 Recipes used to be called ‘receipts.’ Confederate soldiers were often low on supplies and had to make do with ingredients found nearby.

I found an intriguing recipe called “Apple Pie Without Apples” in an 1863 book, Confederate Receipt Book. I had to make this one.

Billings, a Civil War soldier, had two of these crackers while writing his book that published in 1887. (It doesn’t say if the hard tack was baked during the war.) When measured, he found they were 3 1/8 inches by 2 7/8 inches and almost ½ inch thick.

This apple pie recipe uses crackers. The soldiers would have used hard tack because that was available. 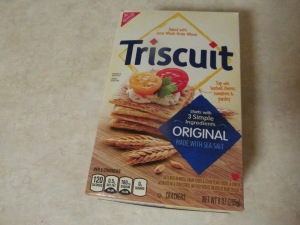 Place crackers in a small bowl. (Not having hard tack on hand, I thought Triscuits might be an acceptable substitute.  I used 20 of these crackers. Regular crackers would also be fine.) Soak these in water until soft. For our modern crackers, this takes about five minutes. I can’t imagine how long soldiers soaked the hard tack.

Spray ramekins with cooking spray. Spoon mixture into ramekins until about 2/3 full and bake at 350 degrees for 15-20 minutes.

My husband tried it first. “It’s strange. It doesn’t taste like apple pie.”

I had to agree. This recipe does not taste like apple pie. I didn’t really care for it.

Soldiers probably didn’t have cinnamon too often in camp but this spice would definitely enhance the flavor. In the next batch I added a teaspoon of cinnamon along with the nutmeg.

Both my husband and I agreed that cinnamon improved the “appleless” pie. Though it was a strange and unfamiliar dessert, I’m happy I tried it. It would make a fun dish at Civil War reenactments.

For the Confederate soldier starving for his mother’s apple pie, eating this dessert probably gave him a nostalgic taste of home.

A Compilation of Over One Hundred Receipts, Adapted to the Times. Confederate Receipt Book, Applewood Books, 1863.